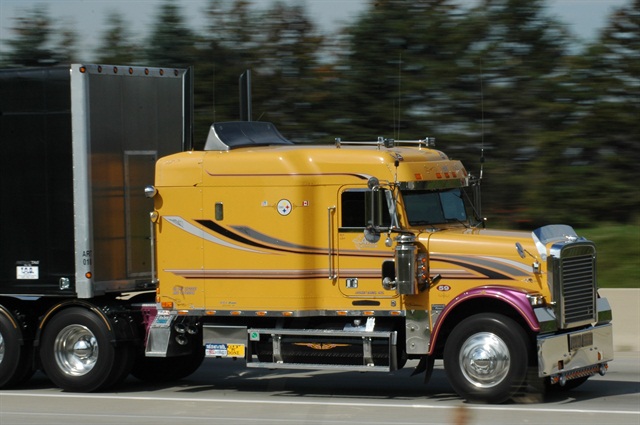 Speed is a tire and fuel-economy killer. Photo by Jim Park

Fuel efficiency and tread mileage go hand in hand. When one is bad, chances are the other is, too. Here’s one of those rare opportunities to whack two birds with one stone. By following these five easy steps, you can improve your tread life as well as your fuel economy.

Believe it or not, truck fleets don’t do a great job of maintaining proper inflation pressure. Admittedly, it’s a tougher task than it appears, but that’s not enough to let roughly 44% of fleets surveyed by the Federal Motor Carrier Safety Administration and TMC back in 2002 off the hook. At that time, less than half of the 38,000 tires tested were within – 5% of the target pressure. Additionally, 22% of the vehicles checked at roadside had at least one tire that was under inflated by at 20 psi or more, and 4% had least one flat tire.

“The conclusion we can draw from this is that truck tire pressures are not well maintained in our industry,” Fisher says. “And I don’t think you’d find much has changed if you were to do a fleet survey on your vehicles right now.”

According to Fisher, if you asked fleets whether their tire pressures were within – 5 psi of the target pressure, about 95% of them would say yes.

“I rather doubt that’s the case,” she told the audience. “In fact, I almost think that’s impossible. I think a good fleet has 85% of their tires close to the target pressure.”

“Tires that are underinflated by 20 psi will lose 2% in fuel efficiency, and a constant 20% under inflation will increase tread wear by 25% as well,” she said. “There’s great benefit to keeping tires properly inflated all the time.”

Inflating tires is a pain in the … well, just about everywhere. The technology now exists to inflate any tire at any trailing wheel position, and soon enough we’ll have inflation systems for drive and steer axles as well. Case studies have shown the benefits automatic inflation systems for trailers, and they have ROI windows generally of less than 12 months, depending on the application.

Alongside the inflation systems are tire pressure monitoring systems, which admittedly will not inflate a tire for you, but they will alert you via telematics and your driver via a warning light when you have a tire going south on you. You’ll still have to coerce the driver into reinflating it, but that’s another battle for another day.

Following a two-year field test of two automatic tire inflation and pressure monitoring technologies, Chris Flanigan of the Federal Motor Carrier Safety Administration’s Office of Analysis, Research and Technology concluded that underinflation can increase the total annual operating costs per truck by as much as $600 to $800. And that says nothing about the improvements in fuel economy or the reduction in tread wear.

As an added bonus, many of the TPMS offerings on the market now will provide complete pressure, temperature and maintenance histories on the tires they are connected to. That’s like getting three benefits from one bit of technology. And you’re worried about ROI?

Low-rolling-resistance tires offer a couple of things that will work in your favor, if you maintain them. They generally have less tread rubber to squirm and wiggle away your fuel dollars, and the casing and rubber compounds are formulated for greater stiffness, which translates into less energy needed to keep them rolling.

“The key is you have to keep them properly inflated all the time or you’ll lose the fuel efficiency advantage that you’re expecting,” Fisher said. “If you bought LRR tires and you’re not really happy with them, ask yourself, how well are those tires being maintained? If you’re in that 44th percentile, you won’t be getting the fuel efficiency and tread mileage that you’re looking for — and paying for.” 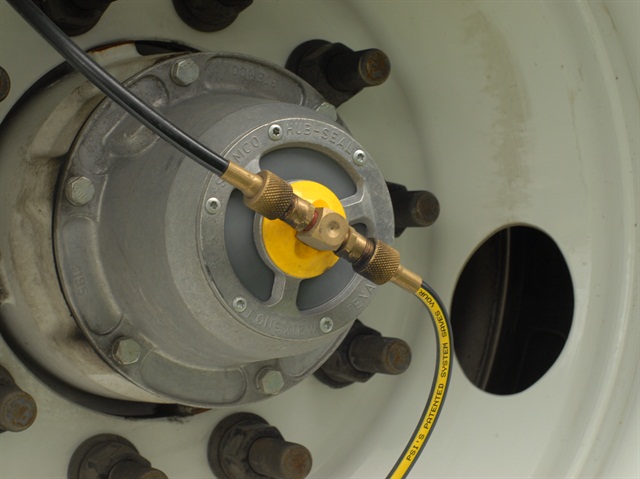 According to Fisher, tandem axle parallel misalignment is the biggest cause of fuel consumption for a vehicle.

“It can eat up about 2% in fuel just for being misaligned, which is huge,” she emphasized. “You want to make sure that all axles are perpendicular to the vehicle’s center-line and parallel to each other. Basically all the wheels should track the front wheels.”

She also mentioned trailer alignment, which is easy to spot when a trailer dog-tracks down the road, but less likely to be repaired because, as everyone knows, trailers are the most neglected pieces of equipment in any fleet.

“A dog-tracking trailer will drag the rest of the vehicle of course with it, scrubbing away tons of tread rubber as it goes,” she said. “Not only does improper alignment use extra fuel, you pay dearly through loss of tread life and irregular wear as well.”

There’s another of those two-for-one deals: Fix the alignment and solve two tire-related problems.

Speed kills just about everything – fuel economy, tread life, profits… But with today’s shortage of drivers, asking them to run 55 might not be the wisest thing you could do.

“I know with hours of service and the driver shortage and trying to keep the drivers happy and keep them productive, it may not be possible for you to reduce your speed,” Fisher said. “At least you should be aware of the impact that speed has on rolling resistance and fuel economy and tread mileage, because it affects all of them.”

Tire rolling resistance becomes more of a factor at higher speeds, and speed is the single largest variable effecting fuel economy. “For every mile per hour increase above 55, fuel economy will be cut by about 2%,” she said. “If you could cut your speed from 65 to 55, you could expect to see a 22% improvement in miles per gallon, but it would cost you about 18% in travel time.”

The upside, she said, is that such a reduction in speed would add about 16% to the life of your tires.